When it rains, it pours

- January 15, 2018
I live in California.  You know, that one state that's constantly on fire and it never rains in?  Yeah, that one.  Rainy season is the winter, but it hasn't rained at all until a few days ago.  And it poured rain.

Maybe I'm just not used to the rain, and it was just a normal rainstorm.  There wasn't even thunder.  But for three days, the sun was swallowed up by gray rainclouds ranging from light, gentle wisps to huge, puffy dark ones that shrouded the sky.


Between sessions of intense rain and wind, there were moments when the sun peeked through as if to reassure us it was still there.  My camera accompanied me outside to capture some of the rain.  Photos don't quite give you the feeling of being outside after a rainstorm though.  There's a smell (petrichor, oh that poor overused word!), a feeling of the plants around you relishing their recent, refreshing shower, and a calm quietness that is hard to describe but easy to recognize.  Maybe that's just me though.

Walking around in the rain is even better, but my mom hates it when I come inside soaked.  Because who needs umbrellas? 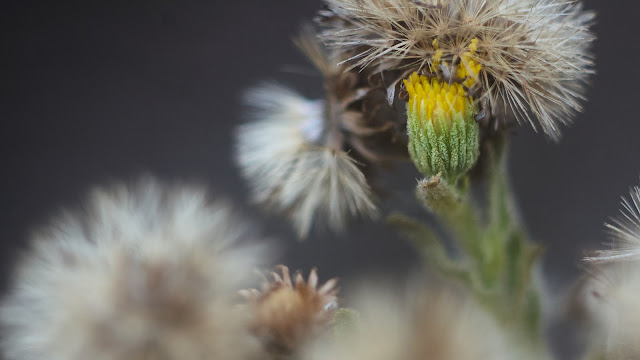